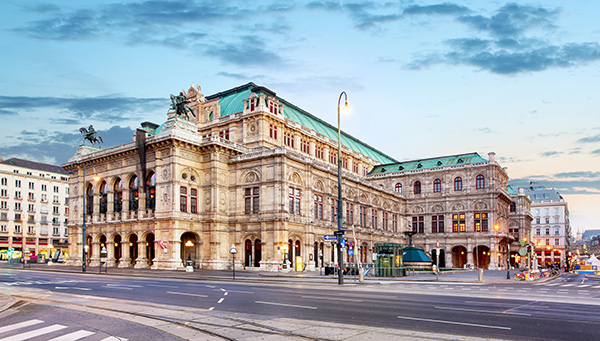 Vienna is the capital of Austria with about 1.9 million inhabitants, in the greater Vienna area there are about 2.8 million people. Vienna is thus the fifth largest city in the European Union.

Due to its eventful history, Vienna is a cultural, political and economic centre in the heart of Europe and for many the gateway to the CEE countries.

Vienna is considered a city of music and theatre with a very lively and diverse cultural scene, important museums and the largest university in the German-speaking world. Architecturally, Vienna is mainly characterized by classical buildings as well as Baroque and Art Nouveau. The historic centre of Vienna and Schönbrunn Palace are a UNESCO World Heritage Site. Due to its cultural diversity and architectural beauty, Vienna is one of the most visited cities in Europe.

As a cosmopolitan city, Vienna has a very high quality of life. In the international Mercerstudy 2019 (due to the pandemic there is no recent study) in which the quality of life of expatriates was compared against 39 criteria such as political, economic, social and environmental factors in 231 major cities worldwide, Vienna took first place for the tenth time in a row.

Vienna is home to more than 30 international organisations, including the UN, OSCE and OPEC, and often hosts major international conferences.

Vienna is one of the wealthiest regions in the EU. Numerous Austrian and international companies are based here, the economy is dynamic and offers numerous attractive jobs.

The real estate market in Vienna is one of the most stable in Europe. The strong economic performance and social and legal security bring a strong demand from national and international investors for real estate in Vienna and other parts of Austria.